Ireene Wicker was born Irene Seaton in Quincy, Illinois in 1900. Her mother was Margaret Hunsaker Seaton and her father, Kenner Seaton, was a railroad executive. She had one brother, Richard S. Seaton.

Wicker studied music and theater at the University of Illinois, graduating in 1922. She studied at the Goodman School of Theater in Chicago, appearing in roles there in 1929 and 1930.

In the early 1930s, Wicker was a radio character actor at Chicago’s WGN. Wicker  appeared in a few early radio soap operas, like Today’s Children and Harold Teen, with her first husband, Walter Charles Wicker. Her program, “The Singing Lady,” began in 1931, when Kellogg’s told the station they wanted a program for children. Wicker added the additional “e” to her first name after being told by a numerologist that the addition of that letter would bring her success.

According to Wicker, the station handed her a list of nursery rhymes and told her to create a children’s program. Realizing that the nursery rhymes alone were insufficient to attract and maintain an audience, Wicker began experimenting with music and dramatizations, revising the original fairy tales so as to downplay their often violent and lurid elements.

In 1946, Wicker began considering a transition from radio to television, with the enthusiastic support of Kellogg’s. She experimented with a number of formats, before settling on marionettes more easily managed on set than children.

After The Singing Lady was cancelled in 1950, the Public Broadcasting System later picked it up and her radio program continued to be on the air until 1975.

Wicker’s first marriage ended in divorce in 1938. Their son, Walter Charles Wicker, Jr., was a fighter pilot who died in action in 1941. They had a daughter, Nancy, as well. 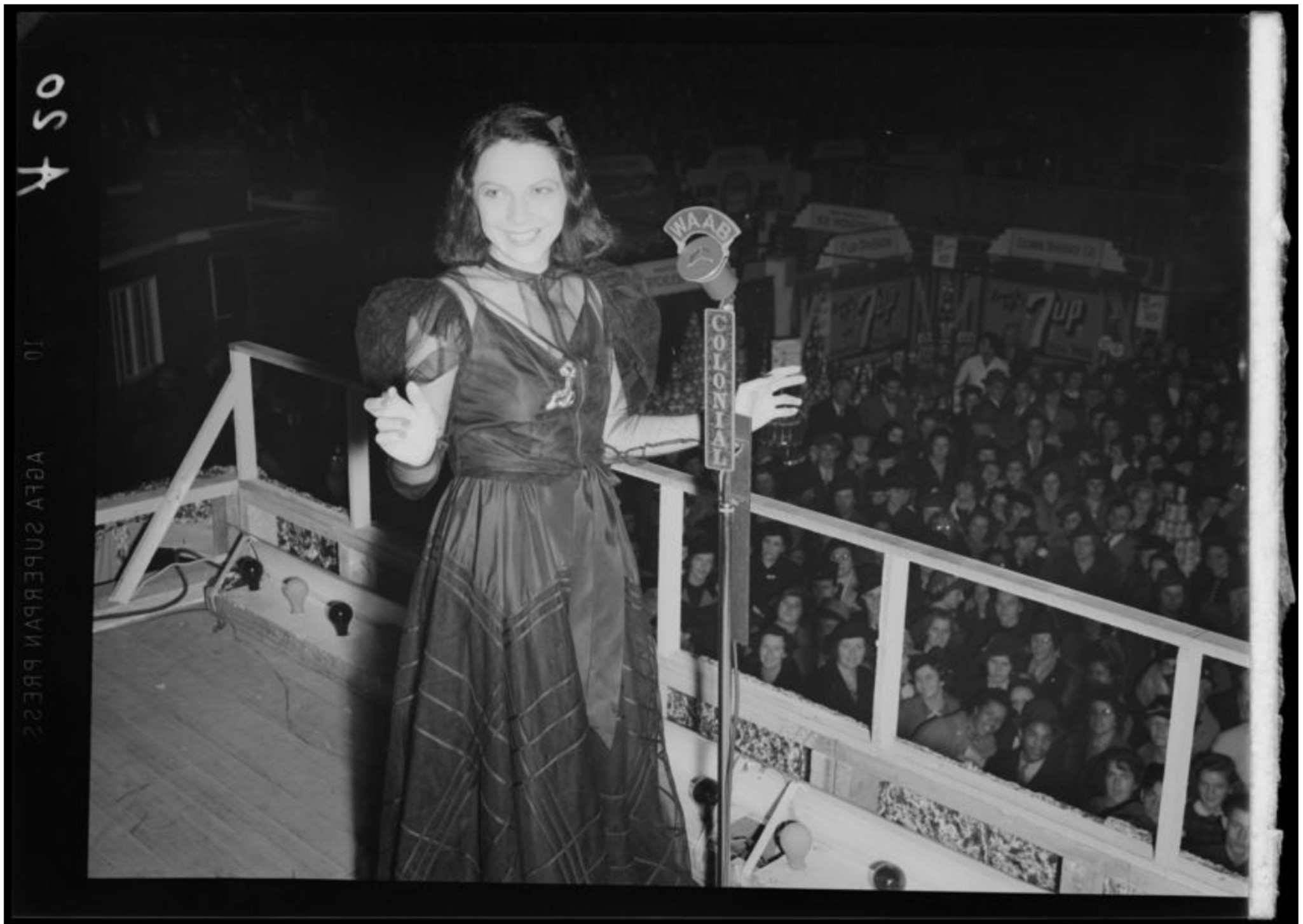