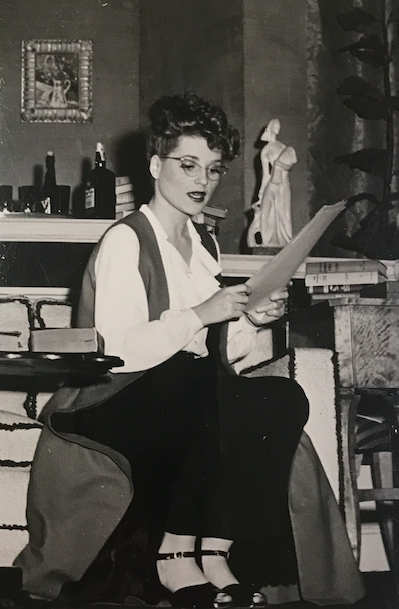 Judith Holliday (born Judith Tuvim) was born on June 21, 1921 in New York City. Her parents were Abraham and Helen Tuvim. Judy Holliday’s uncle was noted Jewish- American writer Joseph Gollomb, her mother taught piano in New York City, and her father was a journalist for the Yiddish- language press.

Holliday grew up in Sunnyside, Queens. As a student at Julia Richman High School, Holliday wrote a play (which she then directed and starred in) and edited the school newspaper. After being rejected by Yale Drama School, Holliday took a job as a switchboard operator at the Mercury Theater, then under the supervision of Orson Welles. She lasted six months.

Holliday wanted to be a writer and director, but settled for acting, a compromise made by many talented women in the 1930s and 1940s. While on vacation in the Catskills in 1938, Holliday met and became friends with borscht belt comedian Adolph Green. Later that same year, Holliday invited Green, Betty Comden, Alvin Hammer, and John Frank to form at the Village Vanguard. Calling themselves the Revuers, the improvisational group performed take-offs and skits, accompanied by Leonard Bernstein on the piano. According to the New York Times, they “memorialized the man who invented the shoehorn and made fun of Joan Crawford fans.” The Revuers proved successful in New York City, drawing the attention of playwrights like Lillian Hellman who became a fan and as well as Hollywood. The group traveled to Hollywood in 1943, where it became clear that the film industry was really only interested in Holliday. Although she initially refused to perform without the Revuers, Holliday eventually accepted a contract which yielded a few minor roles and a single good review in the film Winged Victory.

Holliday demanded respect in an industry where sexual harassment was rampant. In 1943, she reportedly stood up to Fox head Darryl F. Zanuck's notorious sexual demands:

Her agent scheduled her for the notorious '4 o'clock meeting' and ordered her to stuff her bra," says Pulitzer-nominated playwright Willy Holtzman, who is writing the screenplay. At the meeting, Zanuck locked the door, unzipped his pants and pushed Holliday onto the couch as he grabbed her breasts. "He said, 'You belong to me.' Judy reached into her blouse, removed the pads from her bra, threw them at him and shouted, 'These belong to you. I don't.'"

Holliday returned to New York City in 1945, where she debuted on Broadway, playing a prostitute in the play Kiss Them For Me, a role for which she won the Clarence Derwent Award for best supporting actress. In 1946, when actress Jean Arthur, cast to star in Garson Kanin’s Born Yesterday, became too ill to perform, Holliday took over with three day’s notice, memorized the entire script, and opened in to glowing reviews in Philadelphia. The play ran for three years.

In 1949, Holliday appeared in Adam’s Rib, written by Ruth Gordon and Garson Kanin. In 1950, over the objections of Columbia Pictures, Kanin insisted on casting Holliday in the film version of Born Yesterday. Her performance as Billie Dawn earned her both an Academy Award and Golden Globe for best actress. Despite her being blacklisted, additional roles followed, in The Marrying Kind (1952), Phfft (1954), and The Solid Gold Cadillac (1956). She also continued to perform on Broadway, in Dream Girl, Hotspot, and The Bells are Ringing, winning a Tony for best actress in a musical for the last. She starred in the 1960 film version of The Bells are Ringing as well, which was directed by Vincente Minelli. She also wrote lyrics for music written by jazz saxophonist Gerry Mulligan.

In 1948, Holliday married musician David Oppenheim, who was head of the classical recording division at Columbia Records. The couple lived in the Dakota in Manhattan until their divorce in 1957. They had one son, Jonathan (a documentary film editor whose credits include Paris is Burning), born in 1953. In 1960, Holliday was diagnosed with breast cancer. She died on June 7, 1965.

In 2017, producer Gene Kirkwood obtained the rights to Holliday’s story and some of her music and is reportedly working on a biopic about her life, titled Smart Blonde.. 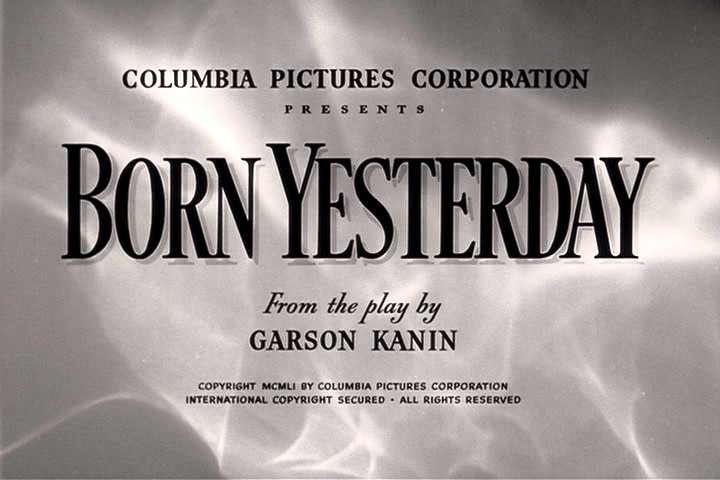 In 1950, Judy Holliday’s name appeared in Red Channels: The Report of Communist Activities in Radio and Television, along with the name of playwright and director Garson Kanin, whose Born Yesterday she had starred in on Broadway and film. Combining anti-Semitism and racism, anti-communists targeted Holliday because of her family’s roots in socialism and her support for a range of progressive causes, including the Civil Rights Congress, an organization that campaigned internationally to defend African Americans convicted of crimes, especially in cases involving the death penalty. 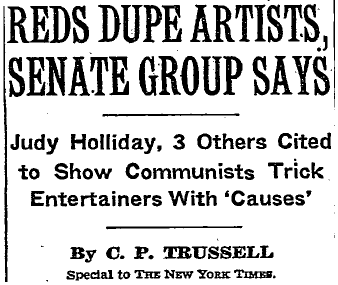 The FBI specifically disliked Holliday--her brains, fame, and popularity. One FBI agent reported, “Despite the recent build- up given her by Life Magazine (and incidently [sic] Life seems to have a bad shot of virus infection, having boosted recently two fellow travelers with long records in recent issues), Judy Holliday has been a great solace to the Moscow-tied lads and lassies who look for big names as sucker bait for their front operations." Holliday was often referred to as a “dumb blonde” in the pages of Bureau correspondence and the anticommunist press alike. Commenting on what they saw as her misguided support for progressive causes, the American Legion told the Bureau, “We won’t assume that Judy Holliday pretends to know a lot about Spain, peace, Africa, the Russian theater, or intellectualism,” but she was nevertheless willing “to sign statements, lead picket lines, etc., for organizations cited as subversive by competent government agencies.” When the Academy Award- winning actress proved reluctant to cooperate with the Bureau (instead of providing names or admitting to her guilt, she gave them a sworn statement that she had never been a member of the Communist Party), Hoover initiated a “security investigation … of Judy Holliday’s mother and uncle, Helen Gollomb Tuvim, aka Mary Tuvim, and Joseph Gollomb.”

Columbia Pictures hired the services of Kenby Associates to clear blacklisted actress Judy Holliday. Kenby Associates had been founded by Kenneth Bierly after he quit the American Business Consultants in 1951 in order to clear fi lm “actors and actresses who have been previously charged by ‘CounterAttack’ with being involved with subversive organizations.” Although Bierly’s report to Columbia was preoccupied with Holliday’s potentially “subversive or unpatriotic” friendship with lesbian police officer Yetta Cohn, his advice to the brilliant actress reflected his recognition of the narrowing constraints within which progressive women now had to maneuver to preserve what was left of their careers. 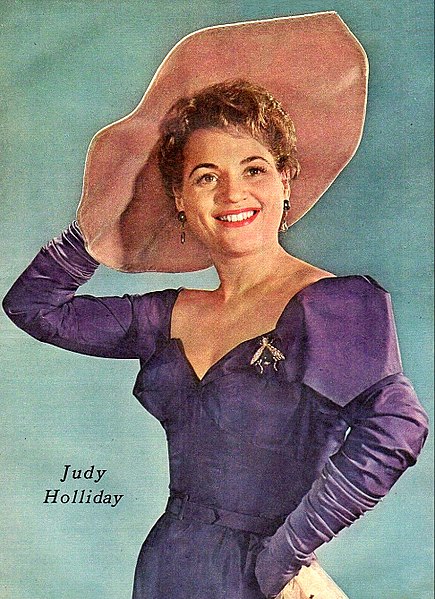 Called to testify before the House Un-American Activities Committee in 1953, Bierly advised Holliday, who had resented being typecast as a dumb blonde throughout her career, to play the dumb blonde for all it was worth. Like Lillian Hellman, Holliday  took an approach known as a “diminished Fifth” and refused to answer questions about anyone but themselves. 42 AS she put it, “You think you’re going to be brave and noble. Th en you walk in there and there are the microphones, and all those senators looking at you — Woodie, it scares the shit out of you. But I’m not ashamed of myself because I didn’t name names. Th at much I preserved. Judy Holliday (actress) 38 As her friend and colleague Garson Kanin put it in a memorial, “Of all those who were harassed in the ugly days of Red Channels and blacklisting, no one was more steadfast or less craven than Judy. Her behavior under pressure was a poem of grace.”

After she testified before the HUAC, a pregnant Judy Holliday received letters from conservative women and men “cursing her with the malevolent wish that her child be born dead or deformed.”