Hilda Vaughn (1897-1957) was an actress who performed on stage, in films, and on television. Vaughn also appeared in more than fifty motion pictures.

Vaughn was born Hilda Weiller Strouse in Baltimore, Maryland on December 27, 1897. Her father was clothing manufacturer Eli Strouse and her mother was Zillie Willis.1 Vaughn attended Vassar College and the American Academy of Dramatic Art.2

Vaughn’s performance career began on the stage. Vaughn often appeared in plays in her native Baltimore, including appearances in Crime (1927) and Tampico (1928).3

Vaughn often acted in plays as a member of the Experimental Theater Group, including appearances in A Temporary Island (1948) and Celebration (1948).5. In the early 1950s, Vaughn also acted on radio and television, in the United Nations Documentary radio play Document A/777 and The Adventures of Ellery Queen (1950) and “Mister Peepers” (1952). 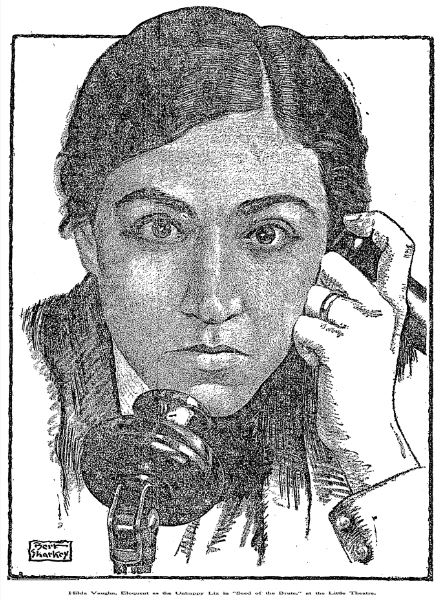