By Carol A. Stabile, Jeremiah Favara, and Laura Strait

Helen Tamiris (1902-1966) was an influential dancer and choreographer. She is widely considered to be one of the founders of modern American dance, distinguished by her belief that the importance of dance lay in its ability to express social problems and to move people to action. Her work often focused on issues of social inequality, including issues of race and poverty. Tamiris helped to ensure dance programs were included in the Works Progress Administration in the 1930s. Tamiris’ career, which spanned four decades, included dance, ballet, and musical theater.

Tamiris was born Helen Becker on April 21, 1902 to Jewish parents who had emigrated from Russia, the only daughter of five children. Her father was a tailor; her mother died in 1905, when Tamiris was three years old.

Tamiris reportedly ran “wild in the streets” until one of her brothers suggested that she try dance.

The family signed her up for dance classes as the Henry Street Settlement on the Lower East Side of New York City. 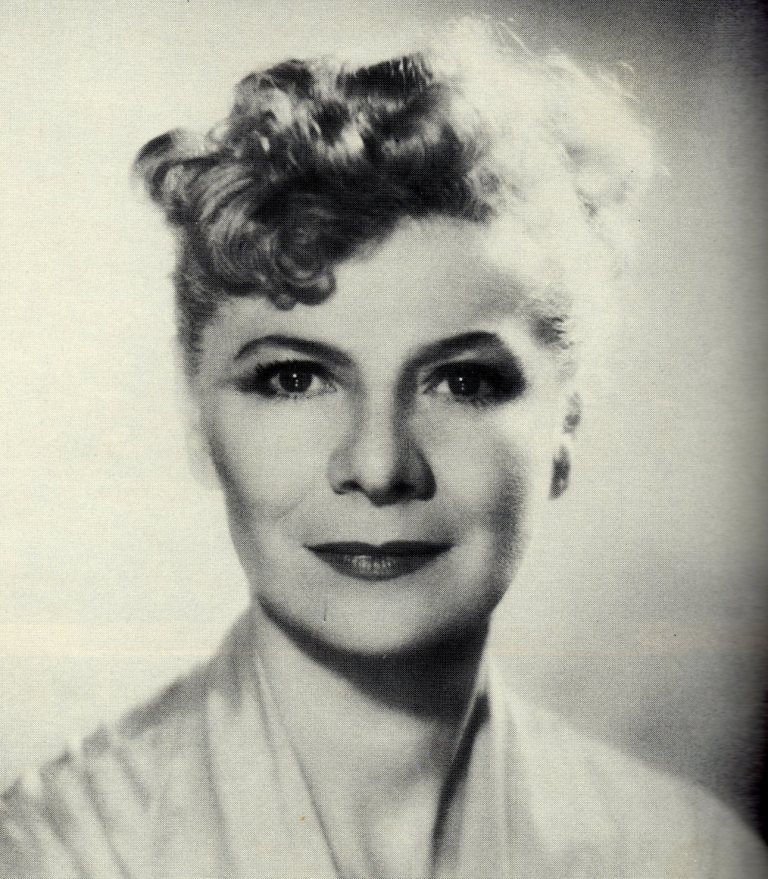 Over her father’s objections, Tamiris decided to pursue dance after completing high school. Rather than attending college, she enrolled instead in the Metropolitan Opera ballet school. She danced for three seasons at the Met. The following year, she toured South America with the Bracale Opera Company, completing another season at the Met after her return. Tamiris went on to study with Michel Fokine and at the Isadora Duncan School. Tamiris gave her debut solo concert on October 9, 1927, presenting twelve dances. She founded the School of the American Dance, which she led for 12 years. 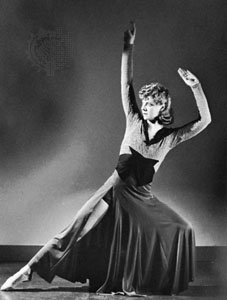 In 1936, Tamiris successfully advocated for the inclusion of a Federal Dance Project within the Works Progress Administration.  She choreographed four major works for the Federal Dance Project, including her acclaimed How Long Brethren?, which was based on seven African American songs of protest.

Tamiris choreographed eighteen musicals between 1943 and 1957, for which she was widely praised. Critics lauded Tamiris’ ability to meld modern dance with musical theater. A 1946 review of Park Avenue said of Tamiris:

“By carrying over the tenets of the modern dance, she has introduced into the musical a wonderfully frank and honest expressiveness that is quite novel.”

In 1950, Tamiris won a Tony Award for best choreographer for her work in Touch and Go. Tamiris’ work was revived in a series of performances in the 1990s and recognized with the 1995 Samuel H. Scripps American Dance Festival Award. 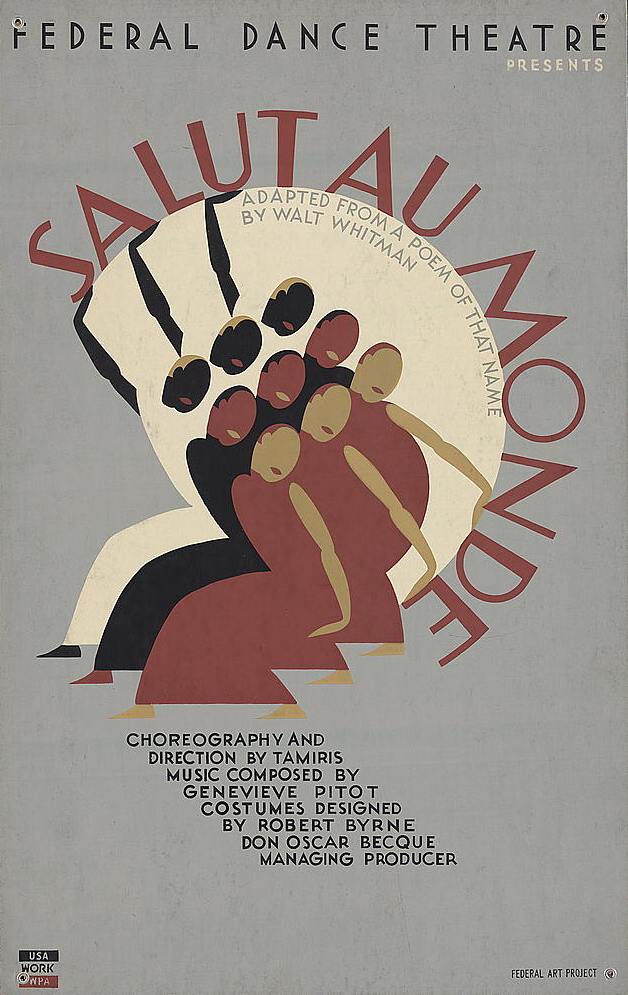 Tamiris was often passed by for honors and accolades (unlike Martha Graham, Hanya Holm, and Charles Weidman, she was not invited to join the faculty of the Bennington School of the Dance) because of her interest in what traditionalists considered less artistic forms, like folk music, burlesque, and musical theater.

Tamiris married Daniel Nagrin, a dancer and choreographer with whom she often collaborated, on September 3, 1946. In 1957, they formed the Tamiris-Nagrin Dance Company. Although the company was well-received, when Tamiris and Nagrin separated in 1963, the company dissolved. Tamiris died of cancer on August 4, 1966 at the age of 64.

Helen Tamiris was one of the first White choreographers to incorporate aspects of Black experiences of violence in America into her productions. Her work with the Federal Theater Project, her efforts to center the experiences of Black Americans in productions like “How Long Brethren?” and “Negro Spirituals,” and the fact that her productions were among the first to feature Black and White dancers on stage together drew the attention of anti-communist White supremacists beginning in the 1930s.

Tamiris’ hundred page FBI file began with a confidential informant’s recollection of a 1936 dance program Tamiris produced for the Federal Theater Project, with the informant noting that both Tamiris and her husband at the time (Jim Fuller) were “active Communists”

In 1950, Louis F. Budenz, former managing editor of the Daily Worker turned FBI informant, identified Tamiris as a “concealed Communist,” adding that she was “Valuable to the Party because of the relationship she established among many artists who could help Party organizations by their work and by financial assistance” 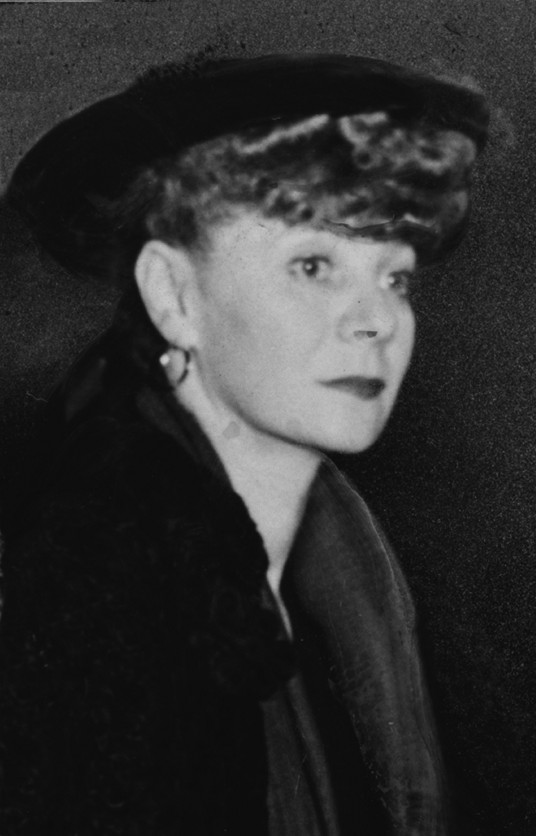 The investigation initiated after Budenz blacklisted Tamiris noted that Tamiris was consorting with other progressives (like Tamiris’ longtime musical arranger, Genevieve Pitot, who one FBI informant described as “an habitual alcoholic and narcotic addict” ). It also cited a sit-in that had occurred in 1937 after a performance of “How Long Brethren?” in protest of impending lay-offs of theater personnel as evidence of her subversion.

The remainder of Tamiris’ FBI file was devoted to a catalogue of her activities from the 1930s through to the early 1950s, including her support for an anti-poll tax bill (H.R. 7), an effort she had been involved in to send dance slippers to Russian dancers, her membership on the board of the progressive theater group Stage for Action, and her participation in a group that called upon the 81st Congress to abolish the House Un-American Activities Committee.

Tamiris was also identified by the American Legion’s Americanism Division as one of “128 Notables Untouchable,” a list of persons “whose past activities make them untouchable or inappropriate for Legion sponsorship”

Despite Budenz’s testimony, that of numerous, unidentified confidential informants, and FBI surveillance of (and surreptitious interviews with) Tamiris and her co-workers and community, in 1955, an agent recommended that she be deleted from the Security Index “because the facts of the case do not meet the requirements set forth . . . No membership in C.P. or leadership in Front Organization shown during pertinent period”

In 1995, journalist Jack Anderson, reviewing a revival of “How Long Brethren?” wondered “why Tamiris is not better known today,” speculating that “dance politics” and interpersonal rivalries accounted for the neglect of her work, as well as Black innovators like Pearl Primus. The coordinated blacklisting of Tamiris by the FBI, the American Legion, and other anti-communist organizations ensured not only that her work would be considered “untouchable,” but that it would be dangerous for others to carry forward the legacy of her contributions to modern dance.