Listen to this Studio 360 interview with actress Uta Hagen--great material on her commitment to civil rights. She was one of the youngest to be blacklisted in 1950. Like Stella Adler and Ray Lev, the blacklist curtailed their acting careers, making teaching one of the remaining ways they could make a living.

Here's a playbill from one of her most notable performances, in Margaret Webster's Othello, where she co-starred with Paul Robeson and Jose Ferrer. 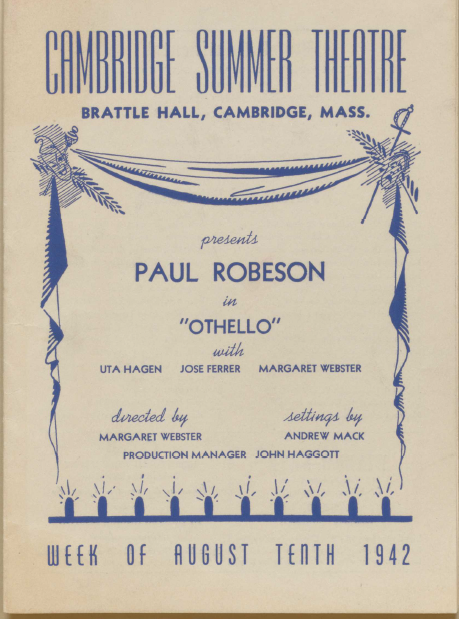